The Curious, Semi-Scientific Research Regarding Three Things in a Row on Instagram 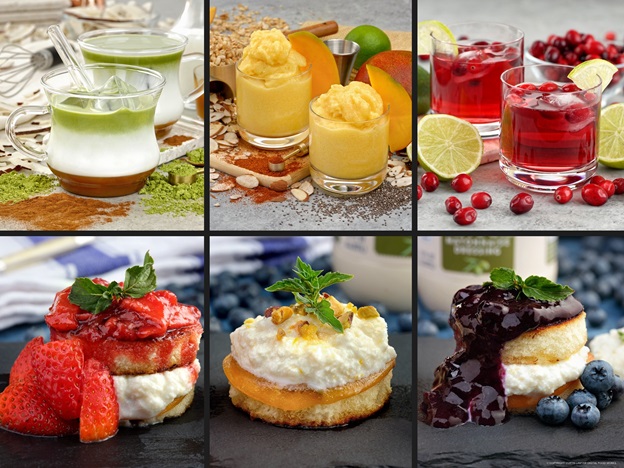 Every once in a while, I've had the opportunity to do little posting experiments — within some of the longer posting themes I've been trying out — and I've noticed something interesting about posting "three similar images in a row" on the Digital Food Works Instagram page.

This excludes the "macro texture squares" that I've posted though… those are kind of uniquely themed separators… like that little bar you put between your groceries and the groceries of the person behind you in the checkout line.

What we're talking about here is, more or less, three variations on a theme. Let's just dive in and take a look at one — this is three different beverages in glasses, that were posted back-to-back, on the schedule that's "normal" to the DFW Instagram account, which is one photo per week (or occasionally two photos per week). 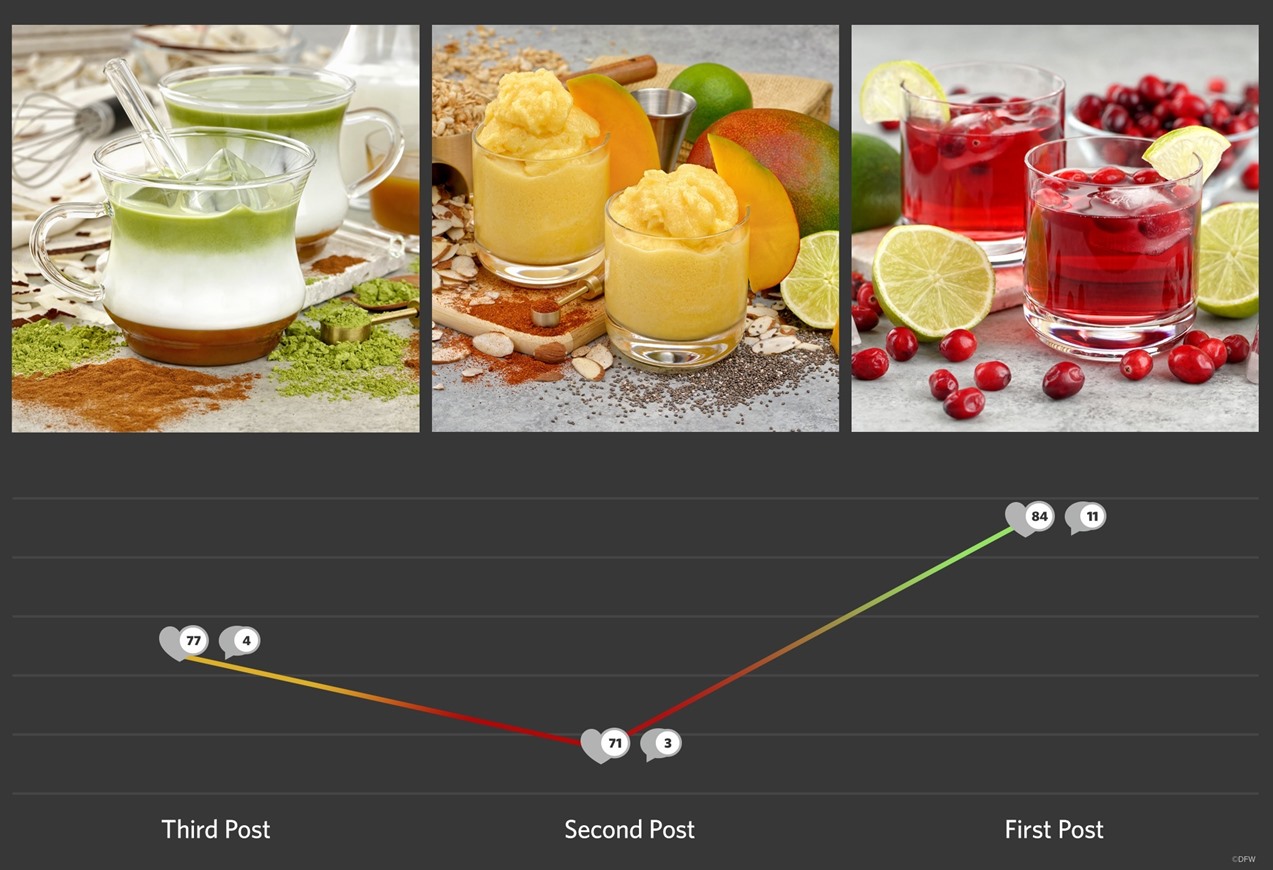 The "three beverages" series, from left to right; Matcha Caramel Latte, Mango Smoothie, and Cranberry Lime Spritzer.
The photo that was posted first (the cranberry and lime spritz) is on the far right. Instagram's grid shows past photos in reverse chronological order — so the next photo posted was the mango smoothie, and then finally the matcha caramel latte.

The first photo received the most engagement in the group of three, followed by a drop-off, and then a slight rebound — but a rebound that's not quite as high as the initial engagement.

Obviously, I can't really make any fully scientific observations here, because all photos are different, maybe more people like cranberry and lime spritz than they do mango smoothies. Maybe the Instagram server went down when I posted the mango smoothie, which kept visitors from seeing the image at all. Maybe it's the day of the week or the time of the day that the images were posted. All of these factors could play into how many followers and new users, that Instagram shows the images to in the first place.

But then I looked at the next set of three images, some product shots of spice bottles. 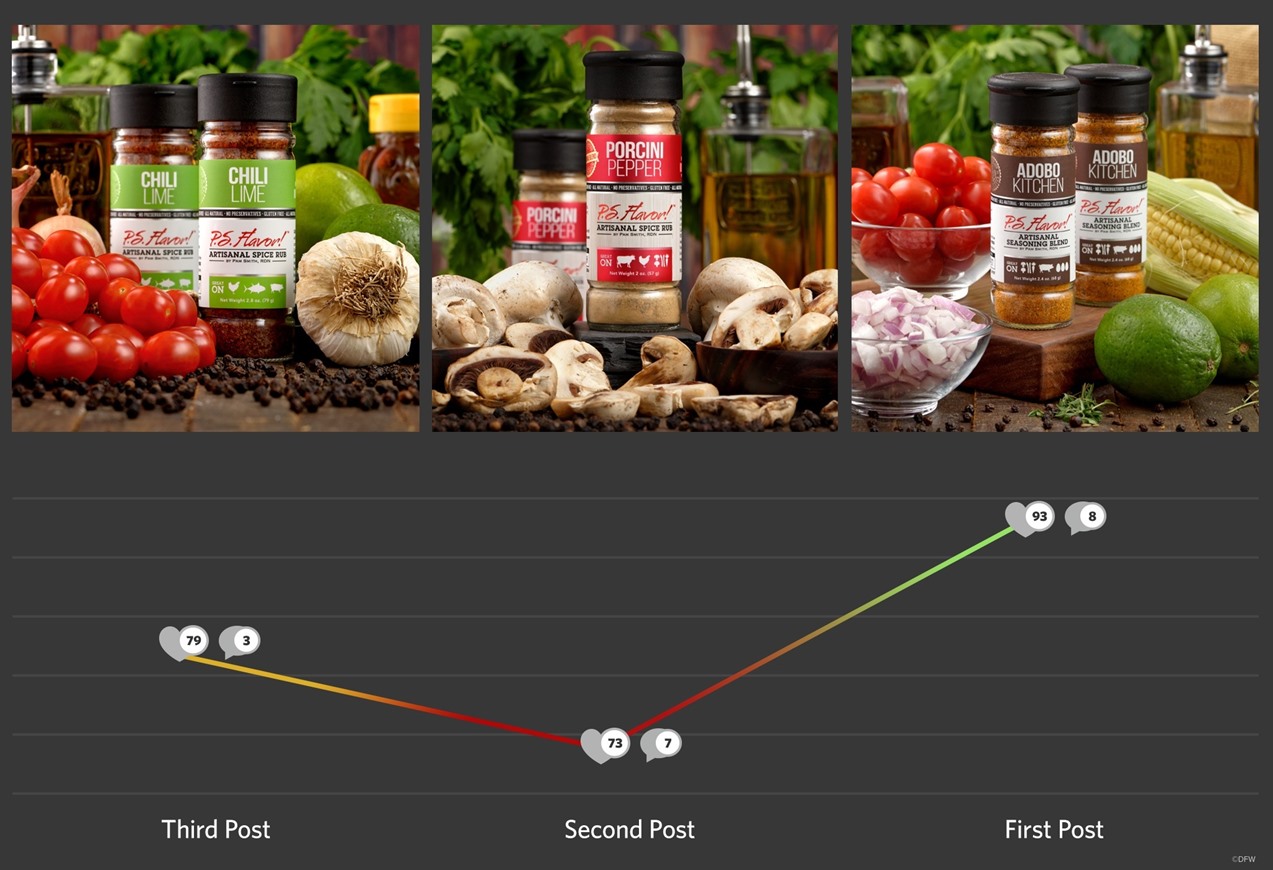 The "three spice bottle" product series, from left to right; Chili Lime, Porchini Pepper, and Adobo.
Slightly different engagement numbers, and all were posted on different days and times than the previous three — but the engagement pattern is nearly the same. The first image gets the highest engagement, followed by a drop-off, and then a slight rebound.

These groups of "three similar images in a row" were not posted back-to-back. There were three, six, or nine images posted in between these sets.

Next up, the Fruits In Space series saw a similar pattern, with a slight variation — no rebound for the final photo in the series. 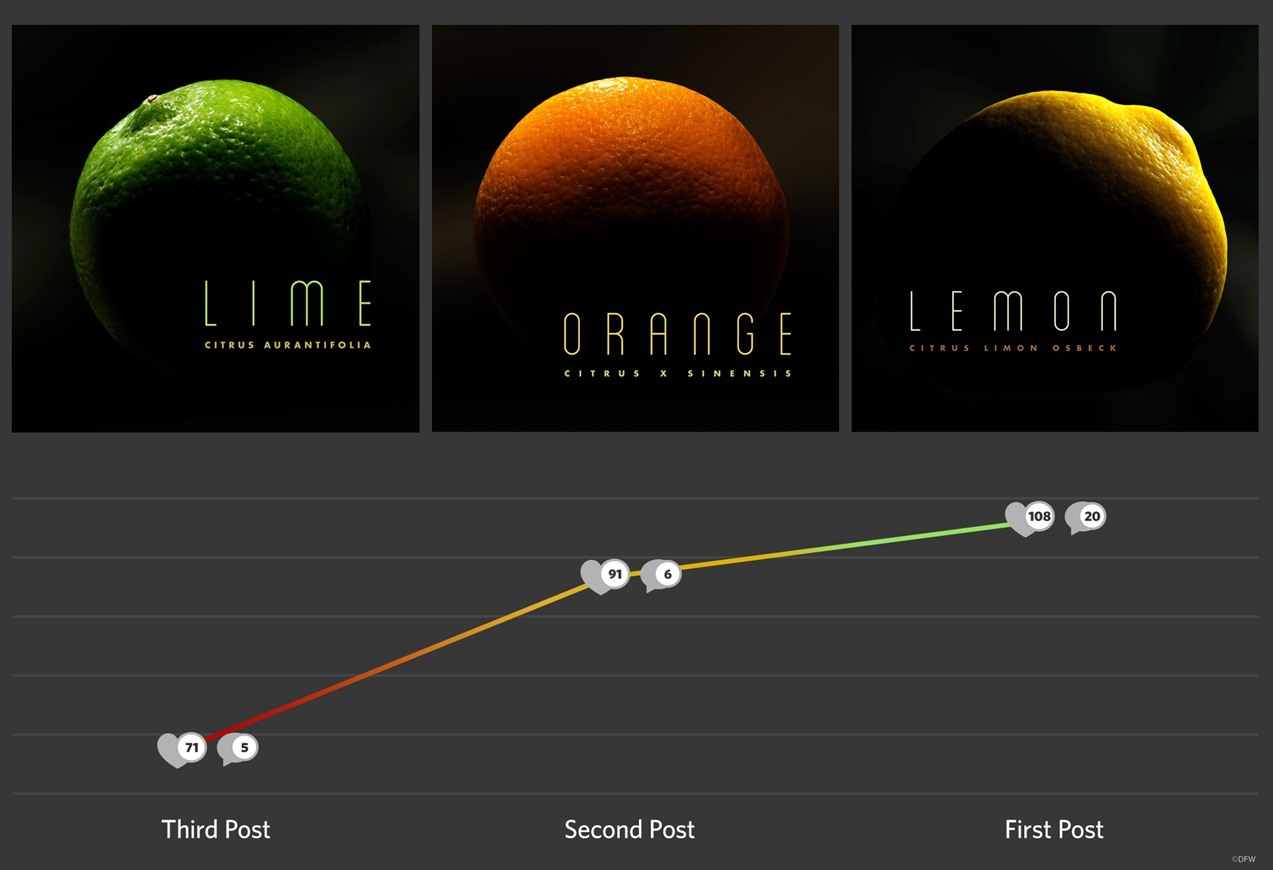 The "Fruit in Space" series, from left to right; Lime, Orange, and Lemon.
The first photo however, was still the one that received the most engagement, followed by a drop-off for the second photo. The three matching colored cocktails in a glass that followed the planets, saw a similar engagement pattern. 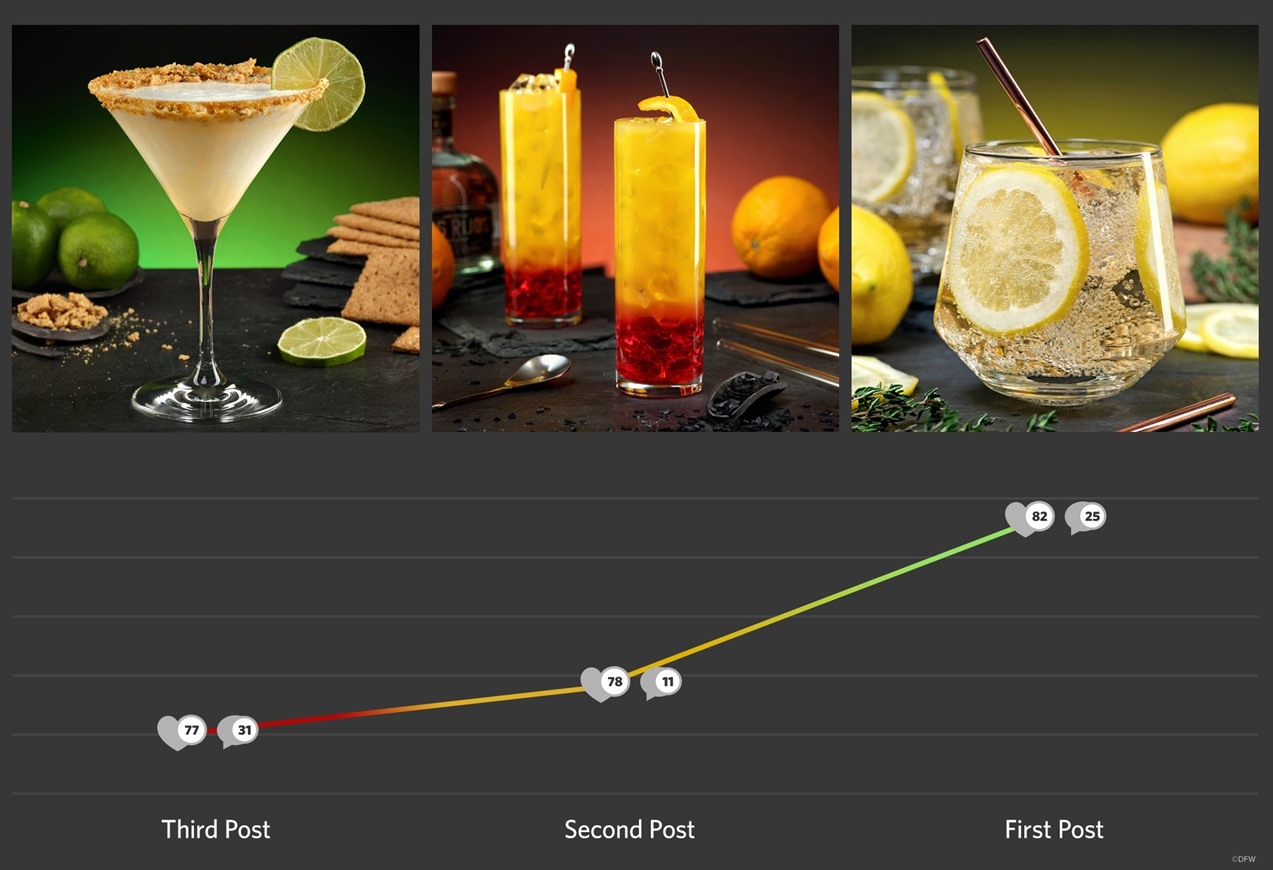 A "Lounge in Space : Three Cocktails" series, from left to right; Key Lime Martini, Tequila Sunrise, and Gin Buck.
The last one I'll take a look at is the three Pan Girdled Cheesecakes, which returns us to the initial pattern of the first image getting the highest engagement, followed by a drop-off, and then a slight rebound. 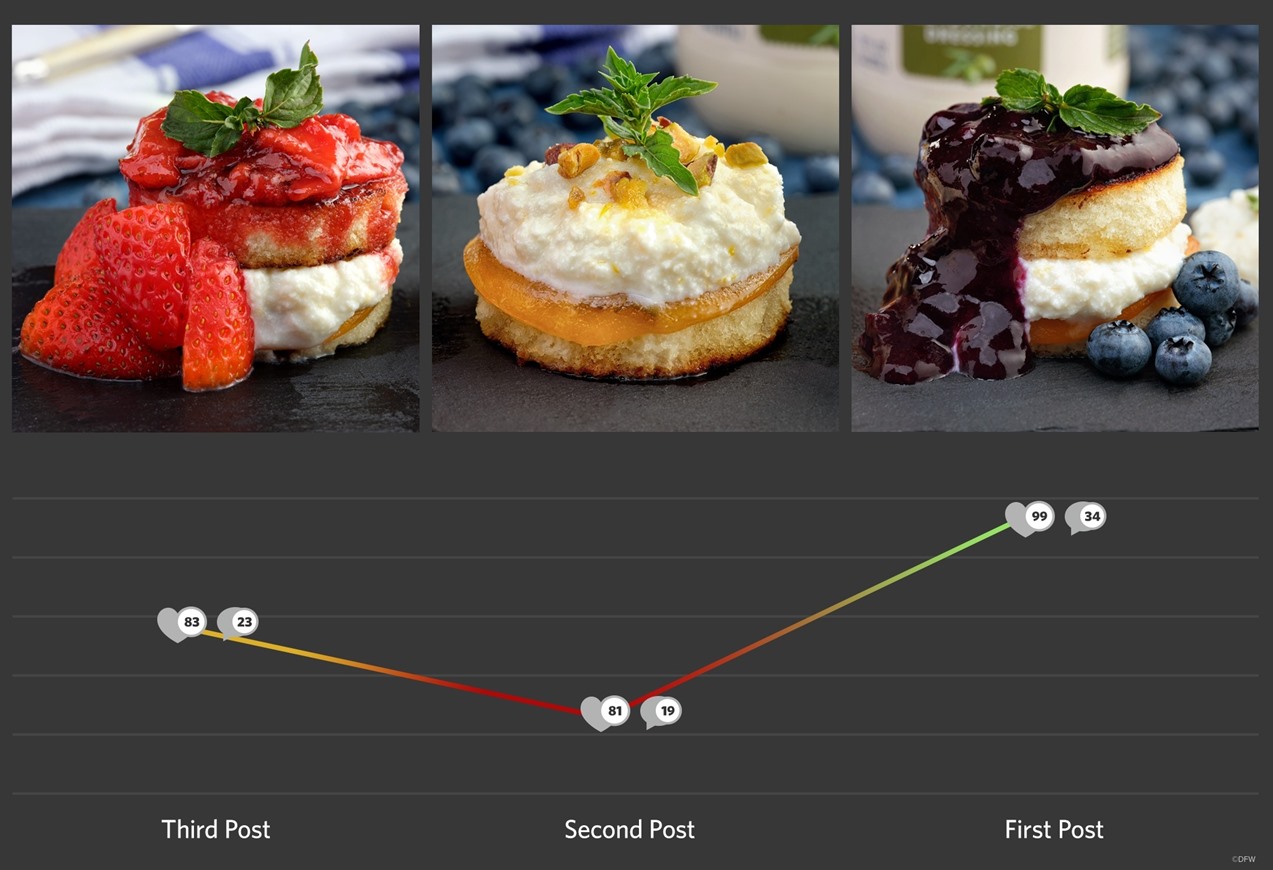 What Could It All Mean?

I kind of go back to an analogy I wrote in a previous article — of thinking about an Instagram account (or any social media account really), sort of like your own TV station… and asking the question… why are people watching? Two of the biggies are "entertainment" and to "gather information" — or hopefully, a little of both.

This data, would seem to indicate that even though I have a fairly slow posting schedule of approximately one photo per week — posting something that's in a similar visual (and hashtag) series, back-to-back — might not be as engaging as mixing things up a bit.

I have run series of things before, but in a larger order pattern — for example, in my 5x3 experiment — everything was sets of three… but five different sets of three. (1) Whole veggies, (2) a drink photo, (3) a baked good, (4) a macro shot, (5) a savory soup — and then — back to (1) whole veggies. When looking at that data — the same pattern that I'm noticing above, doesn't exist.

Getting back to the TV analogy, if you're programming your "local cable tv station", you're probably not going to book four hours of "Friends" reruns, followed by four hours of News, two hours of Football, and four hours of Law & Order reruns.

You might mix it up a bit… do one hour of Law & Order, one hour of News, then the football game, then an episode of Friends, a Game Show, followed by more news, and then another hour or Law & Order. It's still the "programs" that your station is known for… it's just not all back to back.

The Instagram data would seem to suggest that either Instagram's algorithm and/or actual followers loose a little bit of interest if there's too many of the "same" things posted in a row… no matter if those things are separated by a day, a few days, or even once a week.

It seems like having a few different "campaigns" or post types, and alternating those — so that two similar posts aren't side-by-side — would keep the audience engagement at a more level pace.

For a recipe developer or blog owner — it may feel a little strange baking a great new cupcake — taking four or five amazing photos of that cupcake — and not just posting them all at once. But the data would seem to suggest, that posting one of those cupcake photos… then moving on to a beverage photo, a savory soup, a lifestyle post, a product post and photo — and then going back to the next image you have of that cupcake, with another call out to the recipe on your site (separated by days or weeks) — would be the best way to get the most engagement — from the very time-consuming task of developing an amazing cupcake recipe.

For a product brand owner — having two or three (or more) "campaigns" going at once, and mixing those up so that no two post types are side-by-side — would also keep engagement levels steady. Something like hero product shots, a lifestyle photo, an inspirational or entertaining quotes, a recipe or usage photo, a promotional, sale or contest post — and then back to the hero product shot — would mix things up, and keep both the audience and the Instagram algorithm entertained.

Like most of my posts about social media here on the DFW site… this is all just based on my experiences and the data that I collect and share in these posts… as I have no "insider knowledge" about how the Instagram algorithm actually works. So… grain of salt… and all of that. Hopefully, something here will be useful in helping others form their own successful social media strategies!

Click here to open the Digital Food Works Instagram Page, and if you like what you see, please follow along! I think the DFW Instagram Page is where we have the most fun!!!
return to top of page
Article Index
all
Design and Branding
Food Photography
Product Photography
Site Notes
Social Media
Miscellaneous 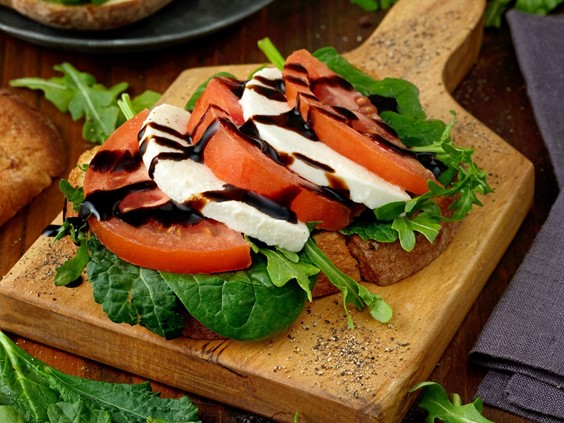 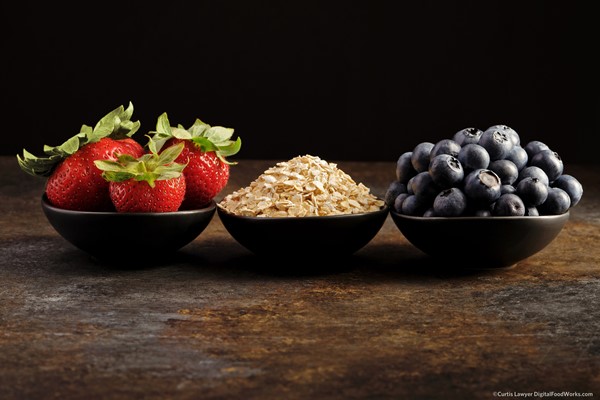 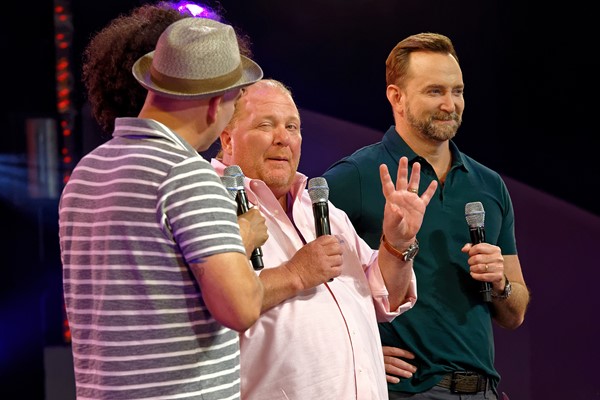